CliffNotes: Pictures of my 2000pt Daemons army for the 40K tournament this week. 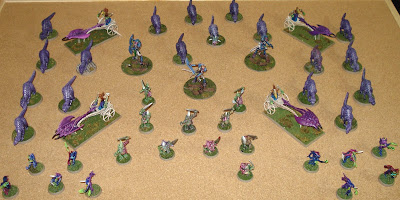 I sent my Eldar Team Tournament list and my Daemons 40K track list in a few weeks back for verification by the TO's.  JWolf sent the following reply, which I found truly hilarious:

JWolf Said:
You do well with that Daemons list?  Seems like a pretty short stack of scoring models to me, but what do I know?  That Eldar list is hilarious. :) 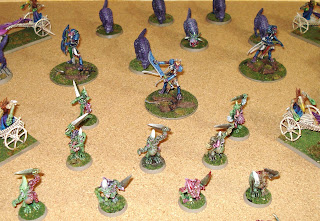 It's hard for me to stop talking; doesn't matter if that's here or IRL.  So I had to yak-back.

Brent said:
I do really, really well with the Daemons list! 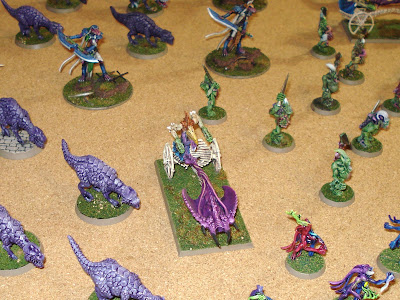 But I'm always worried about the number of troops units, even though I've played this list competitively for 9 months now. Still, it's hard to know what to drop to get more in. The Heralds would be the obvious answer, but then I lose much-needed anti-mech. 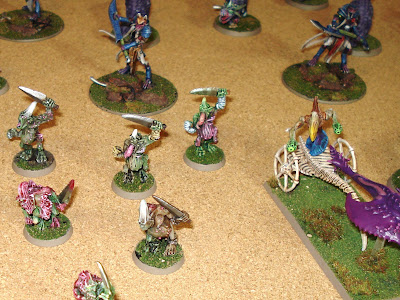 I fancy my chances! 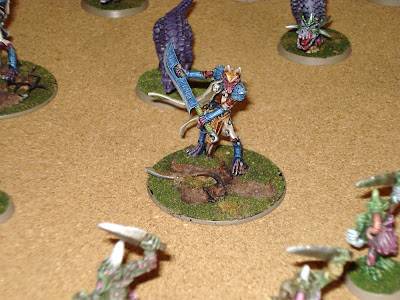 Fritz is responsible for the Footdar. He said, "Brent, how crazy would it be to take the most reviled list on the circuit and try to do well with it?" Of course I was down!

Catch ya next week - Brent 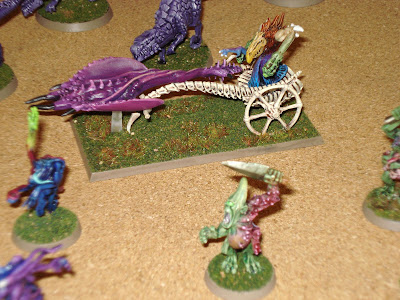 JWolf, who doesn't have an obsessive need for the last word, let it go there!

The reviled army in question will be showcased in all its glory in a few short days!  I hope you guys like it.  If I can finish it in time, I'm going to go back and touch up the Daemons some, but they're not a priority.  They're a workhorse tournament list, to be used and abused for 7 games over 2 days.

Who's At Fault? Brent

I know you're going to post a book for Wargamescon, otherwise Not Brent will win.

I'll be honest, you've tempted me a little into playing FootDar at WarpCon...partly you, and partly morons on Warseer.

I hoped I don't succumb to this nonsense. :(