The Brain That Changed the World!

Okay, this is something a bit different.  It's an old documentary on the history of computers done (it looks like to me) back in the 80's.  The perspective - knowing what we know now - made it fascinating to watch.

Also, it hits the fun points like ENIGMA and the Turing Test, so Sci-Fi staples, here we come!

Here's the rest of the series... and yeah, I know it was The Machine That Changed the World, but I took artistic license.

Are those Spyders or Wraiths? 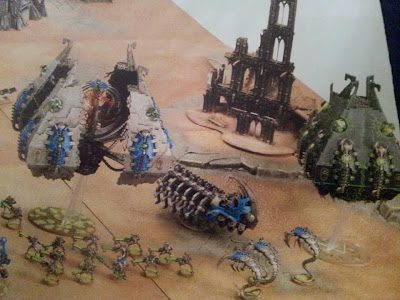 I don't normally post (anything popular) but this is just too cool.

(I stole borrowed this article in whole from Apocalypse 40K; full credit there.  Anyway, Nick predicted this outcome for years and was always very confident he understood his business model better than kibitzers on websites... such as my home away from home, Bell of Lost Souls.  Good on you, Nick!  Gratz!)

A press release from Chapterhouse Studios' Law Firm tells the tale pretty well.   Games Workshop got spanked for its overreach.  Chapterhouse has done the after market parts business a huge favor.

CHICAGO, IL – In a classic David-versus-Goliath battle, Winston & Strawn LLP represented Chapterhouse Studios LLC on a pro bono basis in a cutting-edge federal trademark and copyright dispute in the Northern District of Illinois (Games Workshop Limited v. Chapterhouse Studios LLC 1:10-cv-8103). The verdict of this jury trial, held in June 2013 before Judge Matthew Kennelly, confirms that copyright and trademark law should not be used to block add-on products. Winston & Strawn has litigated the case since 2010, and co-counsel law firm Marshall Gerstein joined the matter in 2012.

“This was a classic case of trademark and copyright bullying by a much bigger Plaintiff,” said Jennifer Golinveaux, partner in Winston & Strawn’s San Francisco office. “I am proud of the investment made by the firm, and the many attorneys who devoted themselves to making sure the intellectual property laws were not misused to squash a much smaller player.”

Games Workshop manufactures Warhammer 40,000, a tabletop battle game that works with armies of miniature figures and vehicles, while Chapterhouse sells customized add-on parts for the figures and vehicles used in the game. The United Kingdom-based Games Workshop, a company with $200 million per year in revenues, alleged more than 200 claims of copyright and trademark infringement against Chapterhouse, a small business run out of an individual’s garage in Texas. Games Workshop argued that it was seeking a complete shutdown of Chapterhouse’s entire business and although Games Workshop initially sought over $400,000 in damages, by the end of the two-week jury trial, the plaintiff dropped its damages demand to only $25,000.

Imron Aly, lead trial attorney and partner in Winston & Strawn’s Chicago office added, “It was a pleasure to represent a small entrepreneur like Nicholas Villacci of Chapterhouse, who has a passion for his work and wanted to see his business survive.”

I for one am so happy that Chapterhouse did well in this case.  Games Workshop is a bully and deserved to get slapped.

Not that I expect them to change their behavior.  At least now it is pretty clear that the bitz business is legal and some guidelines are there to help.

(Told you I stole it all - even Loken's signature!)
Who's At Fault? Brent 7 comments:

So I'm here in Austin, ready to take on the world... Or however many gamers show up. 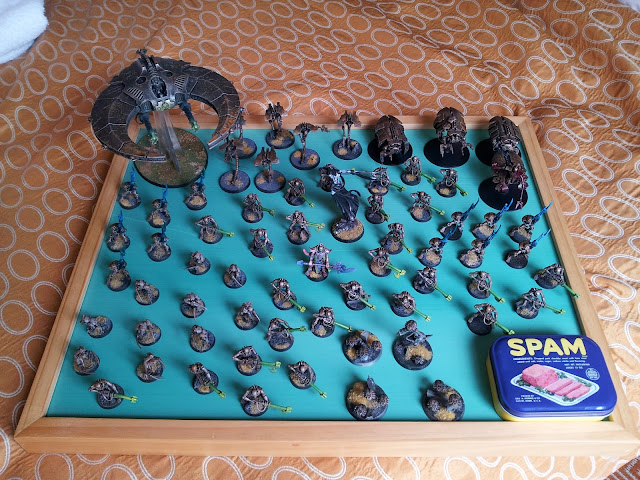 My new dice tin is meant here as irony.
Who's At Fault? Brent 6 comments:

Email ThisBlogThis!Share to TwitterShare to FacebookShare to Pinterest
Labels: Necrons, Tournaments, WarGames Con 2013
Newer Posts Older Posts Home
Subscribe to: Posts (Atom)
(A new favorite!) Anon: I haven’t even bothered playing a game of 6th yet, cause I have read the rules, and actually understand how they interact with units. I know my armies no longer function how they should, and so I need to change them.