I played Sam-I-Am and his Orks-In-Progress not too long ago... and it was a fairly crushing defeat.

MORE? To Continue, Click Here or Not, Your Option
Who's At Fault? Brent 8 comments:

Email ThisBlogThis!Share to TwitterShare to FacebookShare to Pinterest
Labels: Necrons

MORE? To Continue, Click Here or Not, Your Option
Who's At Fault? Brent 3 comments:

I repainted the brown cloth with a grey-based white, layering up to a final white highlight.  I didn't spend a particularly large amount of time on it, being a test model, but here's the result. 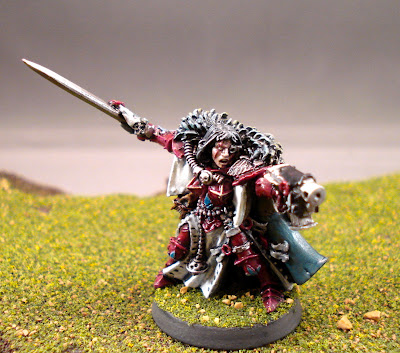 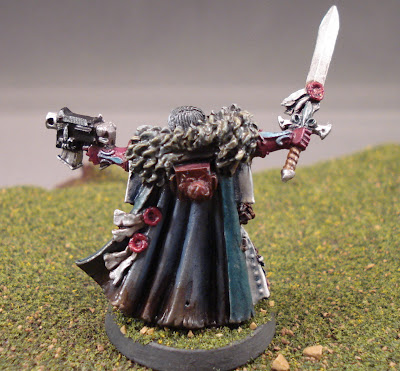 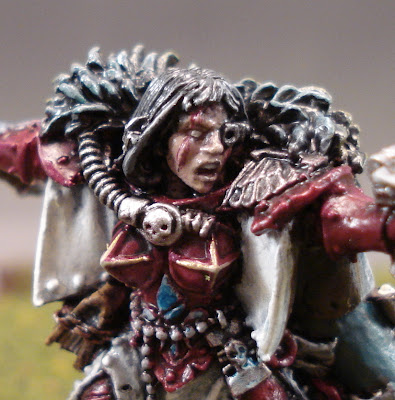 The contrast against the red armor is worlds better, but Lord knows white is a pain to paint.  After talking to the Master Manipulator (every store needs one), I've decided on red armor with grey tabards, a la Flesh Tearers and the like.  I'll probably use an off-blue for the spot color.

Just having acquired a Sisters army, I couldn't resist play-testing it some!  I defeated a Chaos Space Marines army first; a challenge, as though the player is new and inexperienced, his list made use of large squads of CSM with the Mark of Nurgle - and Toughness 5 is no mean trick against Nuns with (only) Guns!

Today I played the Mighty Mighty Carlos and managed to pull out the win.  His shooting didn't work out too well and he managed to immobilize three Chimeras over the course of the game, but I'll take what I can get!

Don't get me wrong, though: this army comes after Necrons and Bugs! in my 'must complete' list, and I'm still overwhelmingly in favor of taking the former to Adepticon...

...if for no other reason than to try to nail down Darkwynn to a video battle report!  Maybe I can champion the 'Dex and change his mind some.

Or lose horribly and blame it on the book - that works too!

Who's At Fault? Brent 7 comments:

Another for the Album... 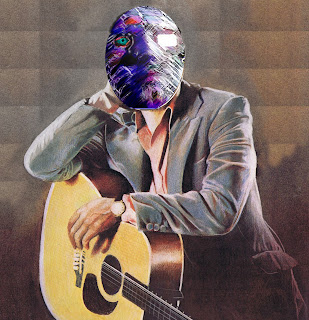 Okay, back to painting.  *sigh*
Who's At Fault? Brent 2 comments:

Weekend before last I took my Necrons through the paces at their first tournament.  It was a small affair, only ten players, but the perfect opportunity to refine my approach to competitive play.


MORE? To Continue, Click Here or Not, Your Option
Who's At Fault? Brent 3 comments:

Woot!  I have a Thursday off!

Regardless of any possible perceived irony, I'm going to enjoy it.  I'm about to head to the game store in the hopes of picking up a game - or at least working on some models, if nothing else.  Before I go, here are a recent batch of pictures.


MORE? To Continue, Click Here or Not, Your Option
Who's At Fault? Brent 3 comments: 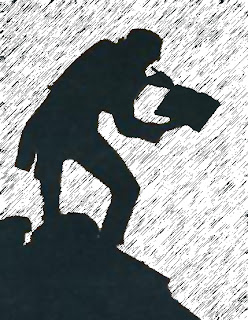 I posted my current 'competitive' list yesterday, and I got to test it against the Client Pimp in Question.

Tao, from Tides of Madness, noted:

Convert one of your Particle beamers to a Gloom Prism on your Spyders. This will give you a 4+ Null to any force jibbing on the unit and also give you wound allocation (Beamer, Gloom, Naked)

With the 15 points you get from the conversion give yourself a 3 Whipcoil and 1 Partical Caster. This gives you 3 Whips and for better lack of terms 2 red shirts from wound allocation. In practice i find 3 whip coils has been the lowest amount to spread Inn 1 across the unit with the placement (alternating Whips).

With this change two of your units get wound allocation for some increased survivablity, and your spiders (who lack an invul) get force jibb protection.

MORE? To Continue, Click Here or Not, Your Option
Who's At Fault? Brent 5 comments:

Here's my stab at a tournament list for my 'Crons.  I've been playing around with 'Crons for a few weeks now and have had a blast.

Frankly, I disappointed myself by abandoning them in the City Fight Tournament last week, so with an 1850 at Carolina Comics in Oklahoma I wasn't missing a chance at redemption! 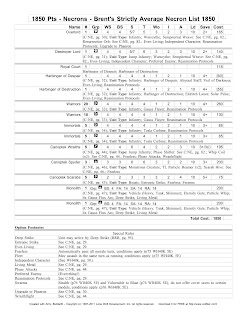 MORE? To Continue, Click Here or Not, Your Option
Who's At Fault? Brent 7 comments:

Email ThisBlogThis!Share to TwitterShare to FacebookShare to Pinterest
Labels: Necrons

Turns out, this ain't so easy, but I'll admit to enjoying the challenge! 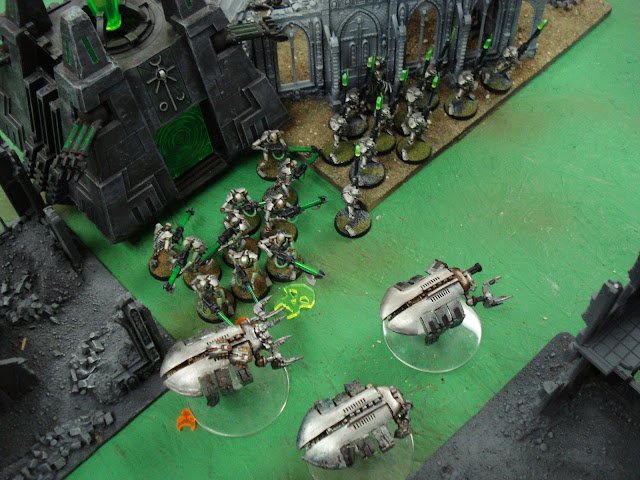 Ah, Necrons!  I have to admit, these silver automatons have captured my imagination.  I've rarely been this excited about a new Codex.

MORE? To Continue, Click Here or Not, Your Option
Who's At Fault? Brent 6 comments:

...but sometimes they ain't.  Here's the finished GK Libby, and as you can see I went a different direction. I kept the interior glow effect inside the Psychic Hood, but I used blue to harken to the Codex color. 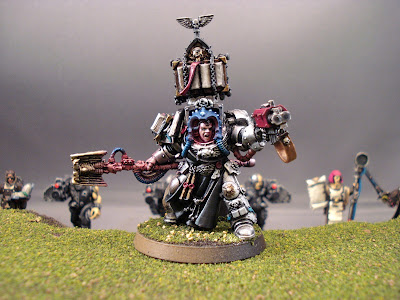 So, as detailed (mention, really) in the last post is the commission work I'm doing for the Client Pimp in Question. 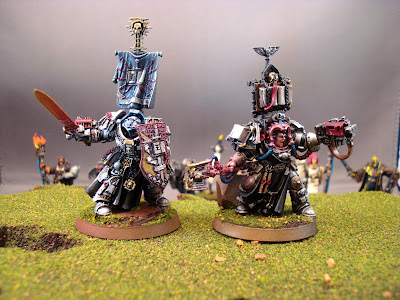 Even as new to this stuff as I am, I'm finding it's a balance between time and quality.  We have an agreed upon price - if I 'spend' time equivalent to something beyond that 'price,' then it's really not worth my while.

MORE? To Continue, Click Here or Not, Your Option
Who's At Fault? Brent 3 comments: 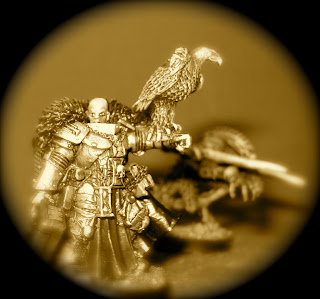 I hope everyone made it home safely last night... and are paying for a night of drunken debauchery with extra special New Year's Day hangovers!

Anyway, from a hobby standpoint 2012 feels like the year of excess.  My game room is practically overflowing with armies... too many, in fact.  I have almost everything I've ever wanted - all those models I could never afford when I was younger, I own.

Lord - now what to do with them all?

Email ThisBlogThis!Share to TwitterShare to FacebookShare to Pinterest
Labels: Commentary, Necrons
Newer Posts Older Posts Home
Subscribe to: Posts (Atom)
(A new favorite!) Anon: I haven’t even bothered playing a game of 6th yet, cause I have read the rules, and actually understand how they interact with units. I know my armies no longer function how they should, and so I need to change them.