Join now! Yours truly is on the panel... So where should you be going?

Go to FeastofBlades.com and you'll see the link.


Who's At Fault? Brent No comments: 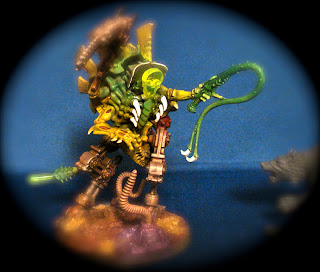 Still and all, I've been in a much better place recently.  The weather transition has passed (for the most part; this being the armpit of Texas, the weather is as changeable as the Master Manipulator (every store needs one)'s moods...

(Congrats to him, by the by, on the birth of the Mini-Manipulator who cries and cries!)

...and so my leg is feeling a bit less Abhuman.  (See what he did there?  He thinks he's sooo clever.)

This week's Terrible Tuesday article is a bit of a deliberate flame-fest plus an army challenge.  I'm trying to work out what the prize will be.  I posted a picture of my NecroNid Hybrid, though.  This post is an excuse to post more.

Note the colors are hard to capture in film.  The yellows and greens give the Cybershot a digital headache, which I can relate to, being but an Empty Digital Headache myself.

Lines on your computer screen, mate; how real am I? 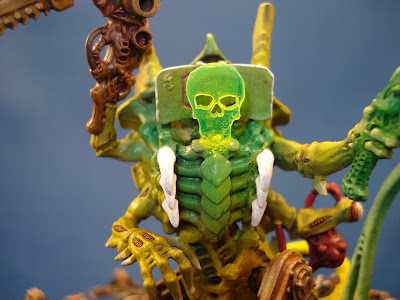 MORE? To Continue, Click Here or Not, Your Option
Who's At Fault? Brent No comments: 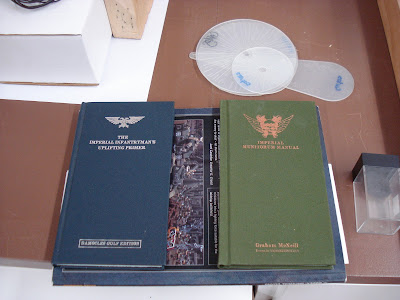 As long as you've invested in the right wargear, including your basic munitions manual and uplifting primer.

Lately, I've been sort of wishing the Emperor would set up a Forge World America: have you scoped the prices on the new Horus Heresy book? 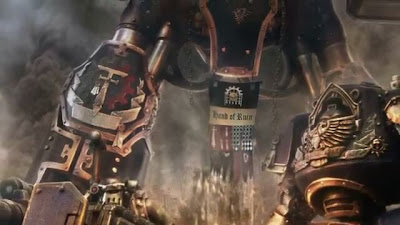 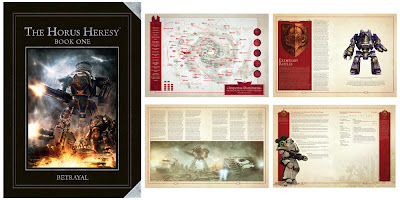 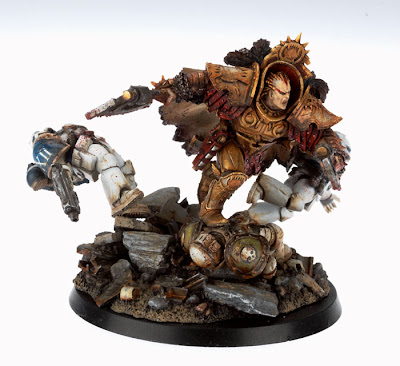 It's exciting to be a collector these days.  In fact, it's these thoughts that led to the Terrible Tuesday article, The Science of (too much!) Choice.  Why, you ask?  Simply put, I look around my game room and there's too much to work on.  I don't mind taking the long view, but even I'm thinking it's time to pair down.

That seems to be catching.  The Mighty Mighty Carlos brought his Dark Eldar to the store Friday and traded for Little Barrera's Imperial Guard.

Collection for collection - a straight trade - both admitting they will never really work on X when Y is available.

I'm in the same boat; too many interests and not enough time.  Right now I'm thinking I'll collect a few 'main' armies that host a number of 'side' armies.  Basically, big armies with allied contingents.  To make it work will require pitiless choices...

Who's At Fault? Brent 3 comments:

Email ThisBlogThis!Share to TwitterShare to FacebookShare to Pinterest
Labels: Commentary

The airbrush is back to full functionality - now the only error is the typical kind.

Here's my current project:  a one-off to get back into the groove of painting every night. 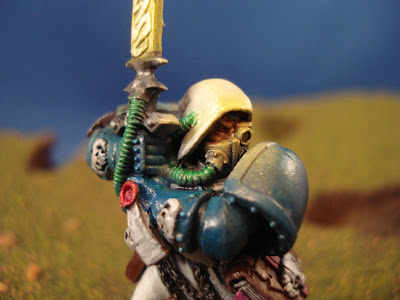 Email ThisBlogThis!Share to TwitterShare to FacebookShare to Pinterest
Labels: Painting, Pictures
Newer Posts Older Posts Home
Subscribe to: Posts (Atom)
(A new favorite!) Anon: I haven’t even bothered playing a game of 6th yet, cause I have read the rules, and actually understand how they interact with units. I know my armies no longer function how they should, and so I need to change them.