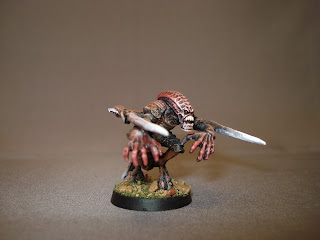 I recently chatted with a hobbyist whose army's appearance suffered as the bases weren't touched.  He was a good painter, but I think he thought flocking some great mystery.

I was surprised, since flocking a miniature is the work of moments - it's the simplest thing in the world to do.  I've based entire armies in the half-hour before a tournament.

A few times, actually: back in the day it was fashionable to pull all-nighters to finish painting an army before an RTT.  Nowadays I need my sleep.  I'll finish an army no later than the week before.

Here's a simple flocking technique.  Let's not pretend you need instructions!  The pictures tell all. 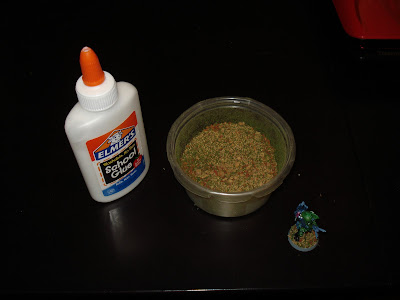 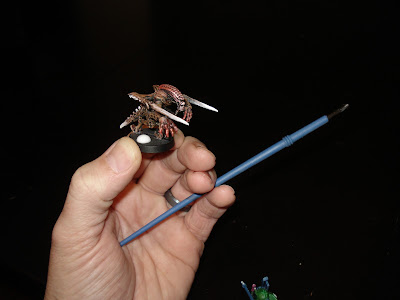 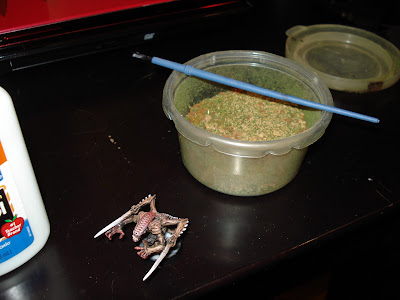 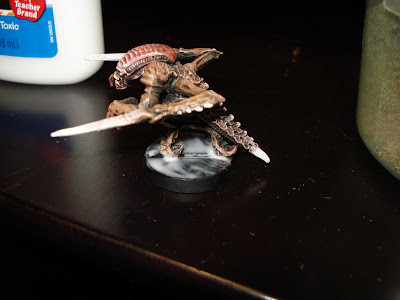 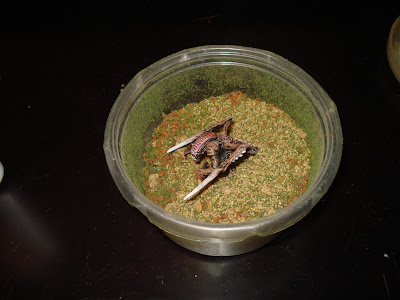 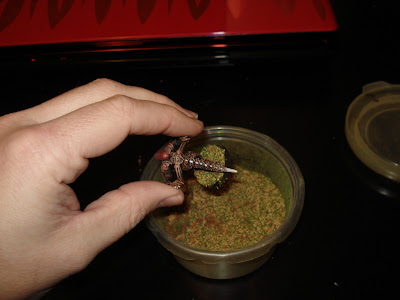 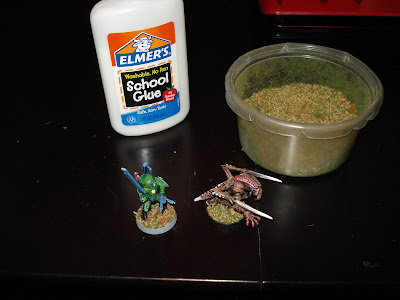 Who's At Fault? Brent

Nice mix you've got in there!

I've got an article about basing scheduled for tomorrow as fate would have it...

Awesomesauce Brentaroo! Hugs and gropings all round!

Seriously though, they are some nice models, and I might be trying to emulate that mix you have there for my filthy, filthy square base army.

I go back and coat the flock with the glue again... Really makes a big difference in my opinion. : )

I like to flock before spraying on the prime. It gives another layer of protection.

This is going into next Friday's Weekly Finds. Keep an eye out for it, there is an awesome tutorial that every guy will want to read.